The Online Community for Cactus and Succulent Growers

I've recently rescued a couple of cacti from my local Co-op - I say 'rescued' because a 'helpful' staff member had obviously been watering them and I found the first in a puddle of water (fortunately in the ceramic pot), and the second similarly rather damp, and at the check-out the assistant advised me they'd need watering when I got home!

Could anyone tell me what species they might be please? I've tried asking Mr Google, and I've really no idea when it comes to cacti.

Cactus No.1
From photos though it seems similar to a ferocactus schwarzii (pure guess). This first one seems to have more pronounced "nobbles" than Cactus No.2, with its yellow spines with the furry bit in the middle (as you can tell, I'm fully conversant with all the technical terms!

) and more furriness on the top with some darker yellow spines. 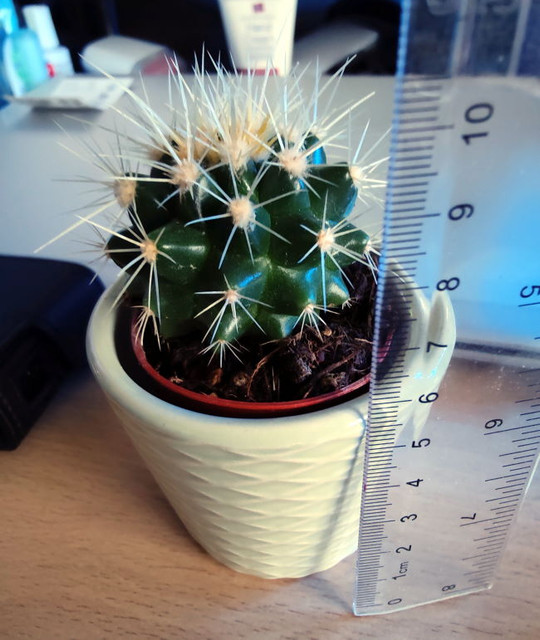 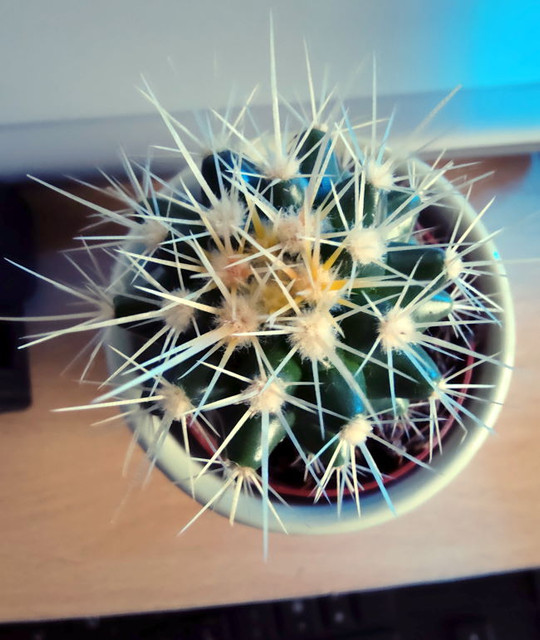 Cactus No.2
I've no idea with this second one though as there seem to be loads of photos of cacti with red/orange spines, and I have no idea. Its nobbles are less pronounced than No.1, but closer together, with a lot more spines coming from the middle of each, which isn't as furry as on the other. Each of the spines are red/orange and kind of 'hooked' over at the ends though, and there isn't the same amount of furriness on the top as there is on No.1. 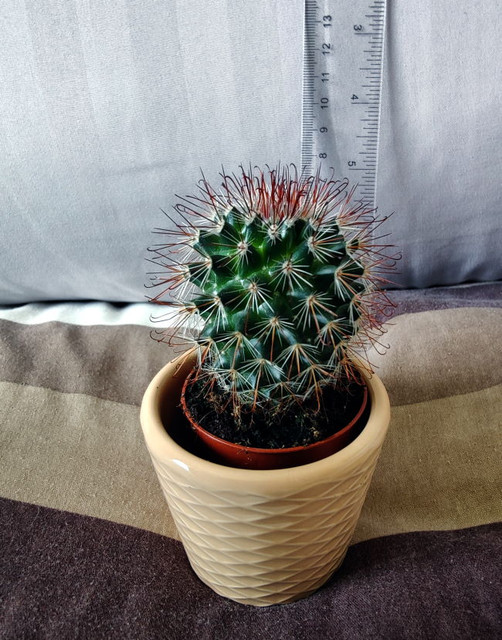 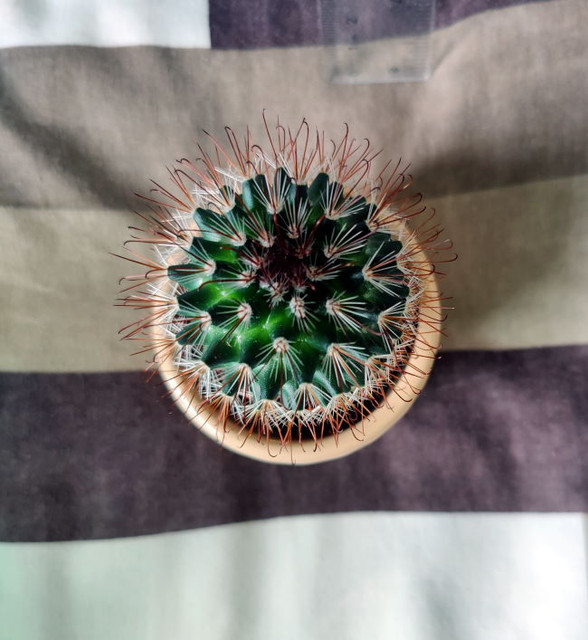 I've named them Romeo and Juliet though, as I can't keep referring to them as "cactus", so the taller of the two with the red/orange spines is Romeo, and the little round yellow one is Juliet!

The first one is a white spined form of Echinocactus grusonii,
or Kroenleinia grusonii if you want the most up to date name.
Ralph Martin
https://www.rrm.me.uk/Cacti/cacti.html
Members visiting the Llyn Peninsula are welcome to visit my collection.

Swaps and sales at https://www.rrm.me.uk/Cacti/forsale.php

My Field Number Database is at http://www.fieldnos.bcss.org.uk
Top

Yes, Echinocactus Grusonii (aka Golden Barrel or Mother-in-Law's Cushion) for the first one, I only know because I bought one a while ago of similar size. It will get bigger, much bigger..!

The 2nd plant is a Mammillaria, I'd go for zeilmanniana. This is a commonly grown species, mass-produced by nurseries in the Netherlands. Usually purplish flowers, though pink and white flowered forms available. Definitely keep away from net curtains.
Mike T

Copyright © 2016 BCSS All rights reserved. Applies to all files, content and design.|

Charity No. 290786–A charity registered in England and Wales